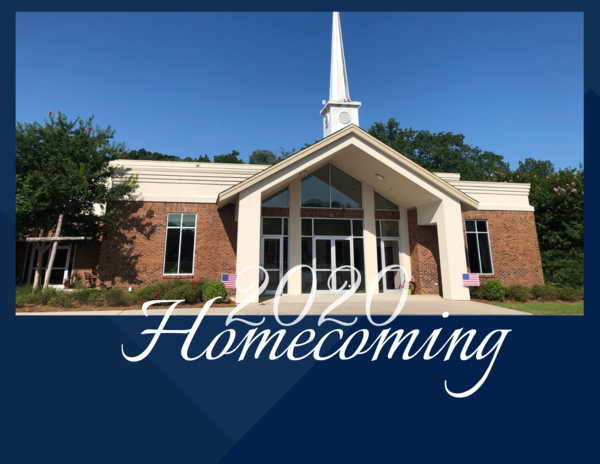 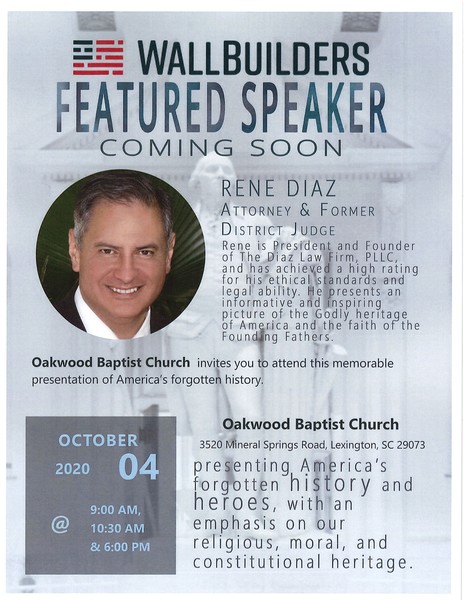 This is a family-friendly, FREE event for our church family,  community, homeschoolers, and anyone interested in attending.

During this event, we will be observing proper social distancing. Masks are encouraged and will be provided if you do not have one. Hand sanitizers will also be available. We also have prepared an overflow sitting area to be able to safely accommodate all our guests.
Childcare will NOT be provided. Families will be sitting together. However, we have a limited sitting capacity crying room for mothers with infants.

If you have any questions, please contact us at churchoffice@oakwoodbaptistchurch.com

WallBuilders is an organization dedicated to presenting America’s forgotten history and heroes, with an emphasis on the moral, religious, and constitutional foundation on which America was built – a foundation which, in recent years, has been seriously attacked and undermined. In accord with what was so accurately stated by George Washington, we believe that “the propitious [favorable] smiles of heaven can never be expected on a nation which disregards the eternal rules of order and right which heaven itself has ordained.” 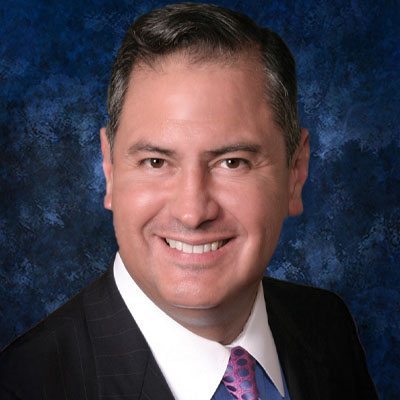 Former District Judge Rene Diaz is a speaker for WallBuilders, a national pro-family organization that presents America’s forgotten history and heroes, with an emphasis on our moral, religious and constitutional heritage.

WallBuilders is a name taken from the Old Testament story of Nehemiah, who led a grassroots movement to rebuild the walls of Jerusalem and restore its strength and honor. In the same way, WallBuilders seeks to energize people to become involved in strengthening their communities, states, and nation. WallBuilders has been nationally recognized for its work in education, history, law, and public policy, integrating the elements of Biblical faith and morality throughout all aspects of American life and culture.

Rene is President and Founder of The Diaz Law Firm, PLLC, where he focuses on bilingual mediation and arbitration of civil litigation cases. With over eighteen years of civil litigation experience in state and federal courts, he handled a wide variety of cases all over the State of Texas before his appointment as Presiding Judge of the 224th District Court of Bexar County by Governor Rick Perry in 2004. Judge Diaz has achieved Martindale-Hubbell’s highest Peer Review Rating (AV) for his ethical standards and legal ability and was listed in “The Scene in SA Magazine” Best Lawyers in San Antonio for 2007 and 2008.

Before becoming a judge, he served as a Texas Commissioner of the OneStar National Service Commission, the state agency that oversees AmeriCorp Volunteers as well as the Texas Office of Faith-Based and Community Initiatives. He also served as General Counsel for the Republican Party of Texas and currently serves on the boards of Habitat for Humanity of San Antonio and on the Bexar County Dispute Resolution Center. A frequent lecturer for the State Bar of Texas and San Antonio Bar Association, he has also volunteered with the Community Justice Program and the San Antonio Young Lawyers, who awarded him the “Honorary Young Lawyer of the Year Award” as the jurist who contributed the most to the professional development of the young attorneys.

Born in Virginia, Judge Diaz attended the University of Virginia for his Bachelor’s Degree in International Relations and Latin American Studies and received both his Master’s Degree in Public Policy and his Law Degree from Regent University. During law school, he met and married his wife, Cynthia Smith. They currently live in San Antonio, TX. 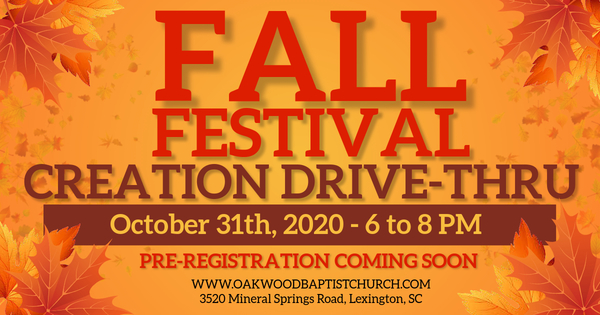